Sanford Herskovitz founded Mister Brisket in 1974. Frustrated with the lack of quality meat products available in northeast Ohio, he began to visit local wholesale operations while searching for higher caliber products. He learned meat cutting basics during this time and began to process orders for friends and neighbors who had enjoyed his products while dining at his home. He began making residential deliveries and the quality of his meats led to a rapid rise in demand for his services both from retail customers and restaurants. Eventually, Sanford rented out a space at 2156 S. Taylor Rd where the business has been located ever since.

Prior to the creation of Mister Brisket, there was not a single outlet in northeast Ohio selling quality meat products nor were they featured on any restaurant menu. He was the first person in the region to offer USDA Prime steaks, Lamb Chops and Veal Chops as well as truly farm raised poultry to people in their homes. Under his guidance, Mister Brisket became synonymous with quality, a legacy that continues through the present. Sanford and his wife, Frances, have been married since 1974. They have traveled extensively throughout the world. 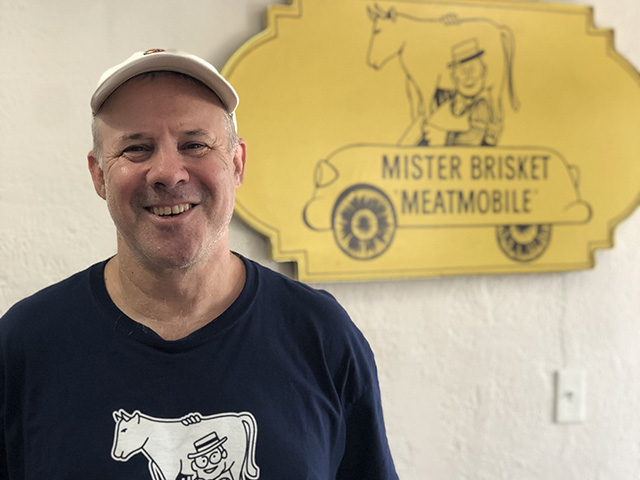 Hank Kornblut has been working at Mister Brisket since the fall of 1985 when he began working for his stepfather, Sanford Herskovitz, on a regular basis. His tenure has been marked by growth and innovation in an effort to keep up with rapid societal changes. During the 1980s, he pioneered Mister Brisket’s use of post cards to promote holiday sales and also created a quarterly paper, The Brisket Times, which used humor and timely information to pique customer interest in the business. Hank noticed the trend towards supermarkets selling prepared foods and ushered Mister Brisket into this era through the creating of our now ubiquitous pans of roasted and BBQ brisket.  He also oversaw the addition of deli sandwiches and a counter in 2006 in order to make Mister Brisket a destination. Mister Brisket’s expansion into the adjacent space in 2018 and the creation of a kitchen and dining area (now our storefront) were all projects he devised and oversaw. Perhaps most notably, Hank singlehandedly created a marketplace for Mister Brisket products across the country. Out of town shipments now account for roughly 25% of the company’s sales. Hank’s future plans include a bolstering of online sales through a revamping of our website, an increase in video content and an expansion of prepared food offerings.

Hank graduated from the University of Michigan in 1985 with a degree in English literature. He and his wife, Kelly, live in Shaker Heights. They have two children, Hannah and Max. 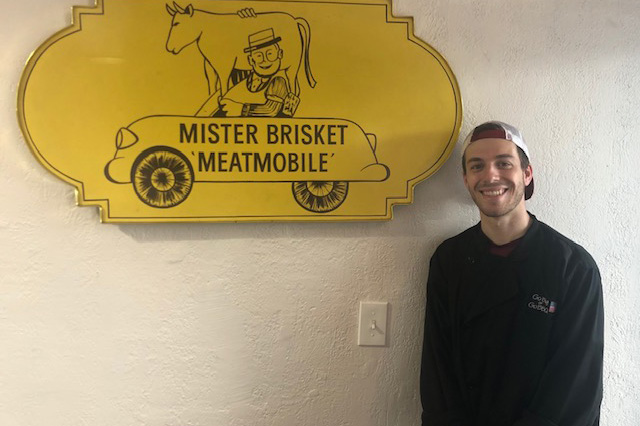 Josh Conison is a recent graduate of the Ohio State University where he earned a degree in Air Transportation. While attending school, he worked at Krogers, where his responsibilities included organizing online orders. He also assisted the catering operation at the local Hillel on campus. Josh aspires to be an air traffic controller. His duties at Mister Brisket include organizing customer orders both local and shipping as well as assisting with video content. He lives in Cleveland Heights. 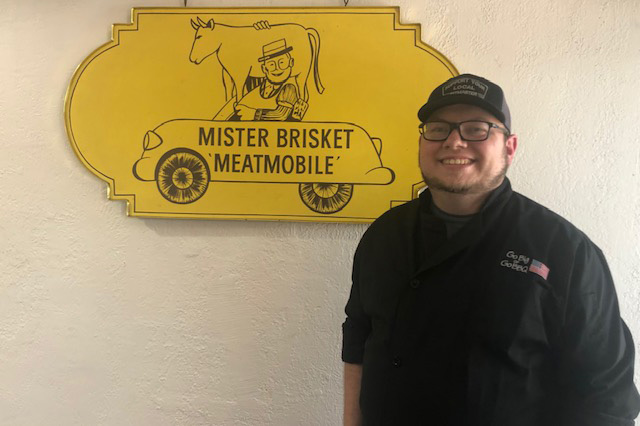 Aaron Huentelman graduated from Cincinnati State in 2012 with a degree in restaurant management. He has worked in numerous kitchens over the years, and has also managed several restaurants. His passion, however, is meat smoking. He has been a regular in competition for the last ten years, with numerous top ten finishes, including a Grand Championship at the Dayton BBQ Rodeo in 2017. He is our smoked foods specialist, and assists with meat cutting. Aaron and his wife, Courtney, currently reside in Eastlake with their twins, Adeline and Aiden.

Nate Johnson is a 2018 graduate from Brush High School, and he’s been working for us ever since. He is our delivery specialist, but he also has a knack for trimming deli meats and de boning chicken breasts. Reliable and possessing a strong work ethic, Nate is currently an online student at Cleveland State. 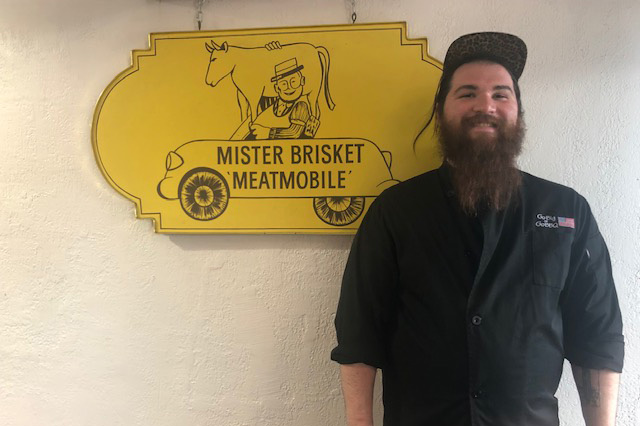 Tyler Thornton graduated from the restaurant management program at Tri C in 2017. He has worked in numerous restaurants throughout the area, including Parallax in Tremont where he was sous chef for several years. Currently our head meat cutter, Tyler is also working to help us revamp our prepared food offerings. He currently resides in Cleveland Heights.


Get Stock and Price Updates